A+ A-
Print Email
I love taking extreme close up.Taking extreme close up is a very difficult task as we have to go nearer and during this walkway the bird will notice n fly away.
Brown-headed Gull is a winter visitor and got chance to take photos of Brown-headed Gull on 3rd April 2015. i was at Wier-cum-Causeway on river Tapi,Surat. As people giving local snakes to Gull and these birds are flying towards food.it was around 8am n bright sunny day, i had stopped my car on road as some gull were siting over iron fencing. before i came out of my car, one gull sit just close to my car over iron fencing.very carefully i came out n went back of my car, hiding myself over car tried to take photos.while i was just 10 to 15 ft, took this photo.
it was not sharp as i was new to photography n proper camera setting not known to me. 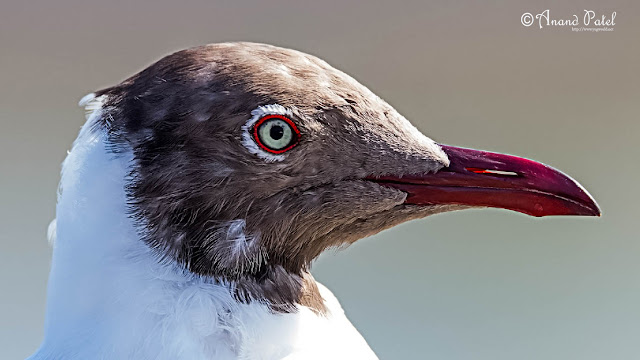