A+ A-
Print Email
i just came from my morning shift of hospital and alone at home.thinking what to do and called my friend proff. Pravinbhai to join me for birding around at 3.30pm.he was also on the way where i wanna go,so i replied to join there.
around 4pm i reached at Tena wetland,parked my car and called him again to meet him,he was inside the half dried wetland so we meet there after walking of 500-700meter.Pravinbhai was there to click White-tailed Lapwing as he had sighted last year.he was with his binocular and our search begins.
there was only 10% of water remains due to water was used by farmers whose farm were surrounding of wetland.
we call him PC.PC told to watch out in groups of  Red-wattled Lapwing,so we had walked towards other end of wetland but we didn't find. sudden our luck come and PC had sighted this beauty.i had clicked it for record shot and asked to click from other side for close shot and he told direction for approach and i did.walked thru heighten border made for water collection by bend my body at west.after reaching from good close distance started crawling and got this shot. 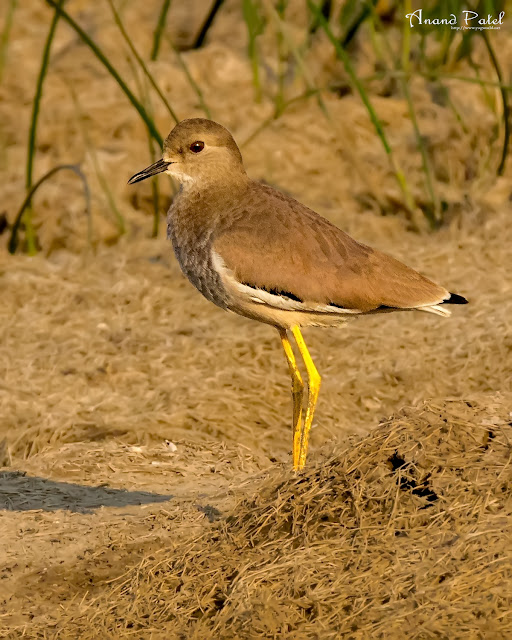