A+ A-
Print Email
We had planned trip for great rann of Kutch few days ago but problem is whom i ask and whom to not and maximum birders be 4 so we skipped many.even our guide was new so thought for success of trip.date was fixed for 14-15 December.
it was a journey of up to 700km and total drive of 11+hrs. as per google.we had decided to start a early as possible so we reach there aprx at 10pm.one of my frnd Dr.Pragnesh will join n coming from silvasa.if he come to my home as early as possible then we will start our trip early.
i have a night shift on 13th n get hardly 1hrs of sleep there,dont know why as i have a chance to sleep at-least 3hrs.think to go before 8.30pm and took sleep but my eyes were sleepless and Pragnesh came with other frnd Viren and Abhay around at 11.30am.
Pragnesh parked his car at my home and shifted all luggage to my cheetah.we started aprx at 12.10pm.after 5hrs of drive we left Ahmadabad.we thought another 5hrs to reach our destination.we were in contact with my frnd Ganibhai,who was residing at Bhuj.he had managed everything for us.around 11pm we reached Bhuj n i had called Ganibhai as he told me to call before entering Bhuj and he came at one point to meet us.he guide us for our destination even he gave me a offline map as there was less chance of internet and gps.
After 10-15min of talks we were on the way to our destination and it was 1 and half hrs away.everything was black except car's light but it was like adrenaline. we went on wrong way as entered in one village coz we unble o identify road even in map,after 5min of drive we again came back on same road then on right way.
it was around 1am and we were hardly 5km away from our destination.my best buddies told me to watch for nightjar on road and we had seen our 1st nightjar from far n stop car.we came out n took record shot from distance.then started crawling on road but we were much away so i stand up and driven my cheetah little closure.again we clicked some good shots but before we get closure by crawling it fly away.
again get set for our destination but just after drive of 500mtr we sighted 2 nightjar and we all were on ground even we dont know how the condition of road.Pragnesh came with lab assistance,he took our photos in his mobile while we were busy in clicking and crawling.
Time lapsed how much we didnt noticed coz it was fun in cold in midnight.when i saw in my mobile it was 2.30am and we had clicked 2 types of nightjar.1st one was Syke's and 2nd one was Indian Nightjar. we had sighted more than 30 nightjar before we reach our destination.
even we lost our way so called our guide around at 3am and after his direction of on light of forest rest house,finally we reached. 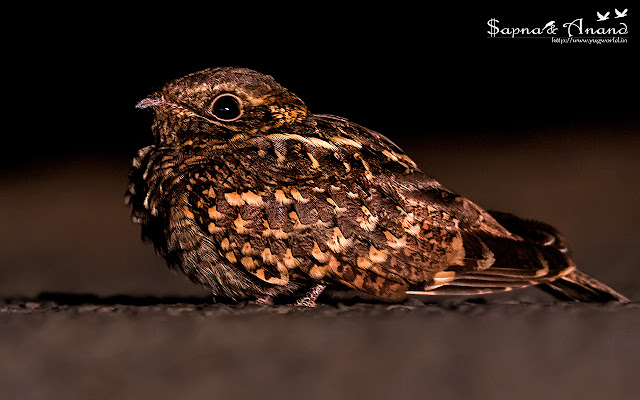 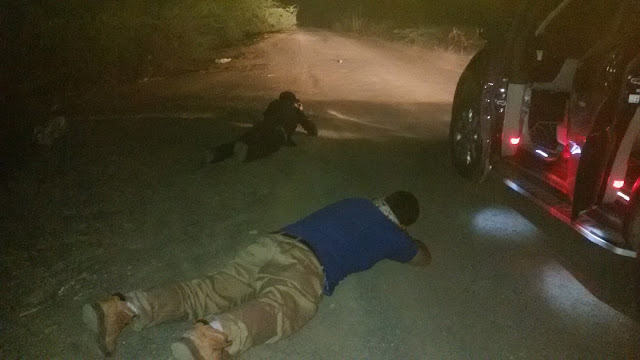 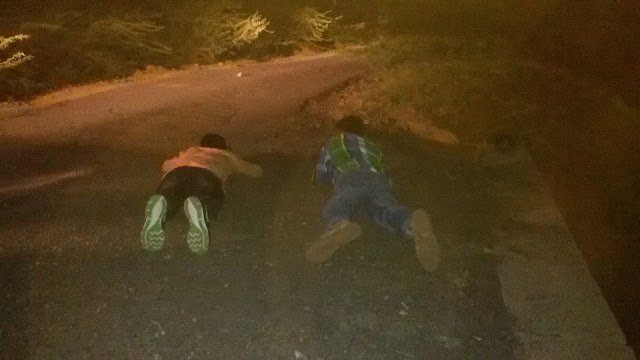 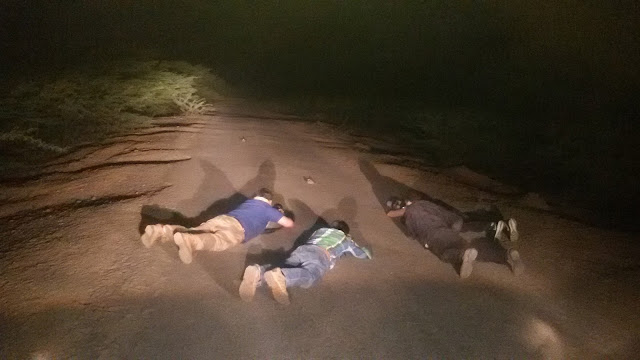