A+ A-
Print Email
We were on family trip of Saurastra with my family n my cousin's family.as on 24th November we were at Gir National Park for Lion safari.it was around 2.30pm n our safari driver picked us from our resort.while we were on the way to park,rain showering was started n we all thought for full rain but finally it stops.Around 3.15pm we had entered in the park.during safari our guide told us some info n rules.I had told him for birding.
after 5mins we saw a monitor lizard, Spotted Deer, Sambar Deer. after drive of 30-40min our gypsy sudden stopped n guide shows the spotted owlet,it was just 10-15ft away from us.due to other gypsy came we moved ahead.
After 1+hr of drive we didn't seen a lion/lioness,most of returning gypsy driver had told us that they had not seen a lion/lioness.so we r lil disappointed but finger crossed for our kids.
Another 5-10mins of drive i saw a leopard n asked to stop the gypsy but while we stop, leopard walked inside,it was just 40-45ft away.its a 1st wow moment.our guide also told us that u r lucky to see.
We all were talking n our guide told to stop talking as he seen the other gypsy r stopped at a point n our guide shows us 2 Lions...yeah...1st time i saw them in jungle. 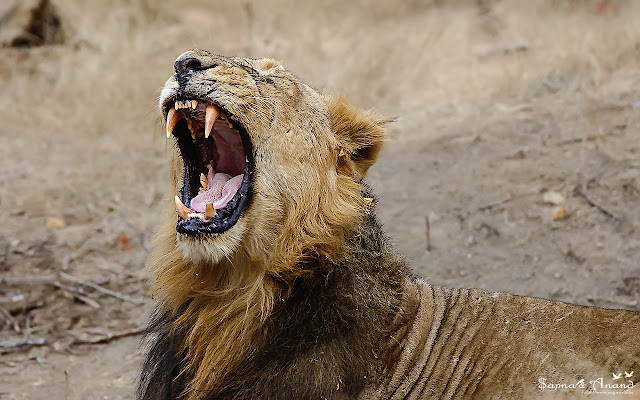 don't know why i always try to take close-up of all birds n animals.i think i missed some good photos.