A+ A-
Print Email
Black Monkey also known as The Purple-faced Langur is a monkey that is endemic to Sri Lanka. Living now predominantly in the hill country, numbers have become critically low, and they are listed among the 25 most endangered primates in the world. Purple-faced Langurs live in harems of 5 to 10 monkeys with one male, several females, and their offspring. Other animals trying to invade their territory will get an earful of loud barking calls.
During Family trip of Sri Lanka,Madu river ride in boat was planned trip and have target to click it.even i asked to our boatman to give time for click,so boatman told that Black Monkey are very shy and usually hide themselves in leaf so bit difficult to sight but luckily we sighted alone and with baby too. 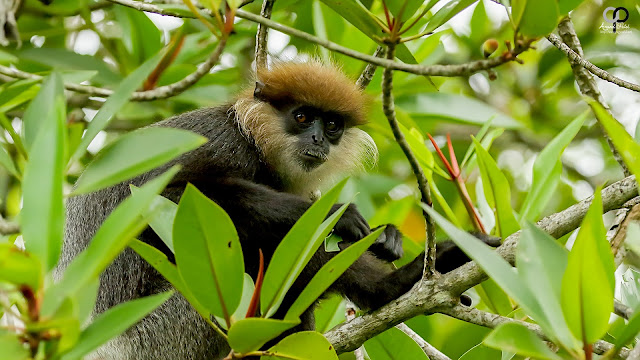